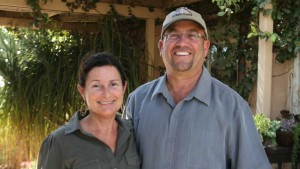 It’s no secret that when bankrupt Color Spot went up for bid at auction last July, Ken and Matt Altman wanted it.

“We were the other bidder in the auction,” he told me at the time. “We made a very large bid to purchase all the assets, but in the end, the bank decided to credit bid for the company. We are working to see what we can purchase from the bank.”

That last statement, which came to fruition December 21, includes eight former Color Spot locations in California and Texas covering 10.3 million sq. ft. of greenhouse and shadehouse and more than 1,700 acres of field production, making Altman Plants the largest (by area) grower in the country by a comfortable margin.

I covered that news in the January 10 issue of Acres Online, but without being able to speak with Ken directly. In that item, I wrote that I had two main questions for Ken: “Why?” and “How will you not let this sudden massive expansion screw up what you’ve already built?” Finally catching up with Ken as he drove to the airport earlier this week, I was able to ask both those questions and a few more.

After the customary greetings, I thanked Ken for being a good sport about the rather direct, unvarnished way in which I had phrased my second question.

Ken, who knows that’s my style, dismissed my concern with a generous laugh.

“I’ve been asked that question from the time we came out of our backyard,” he said.

But before we got further into that, I asked him question No. 1: Why make the decision to add so many locations and so much retail territory to an already large nursery?

“We like the nursery business, and we like our customers, so this gives us more of all of that,” he replied. But he admitted that it’s a major expansion, even for the formerly second-biggest nursery in America.

“It’s a big jump. But I have to tell you, we’ve been growing very rapidly for a number of years. I think even from the first years, we have always grown in double-digit numbers every year. It’s just that when we first started, we were making $10 a week—double digits wasn’t so big. Now it’s getting bigger.”

I asked Ken if perhaps the acquisition looks bigger and scarier to those of us on the outside than it does to him.

“I think even to us it’s a big deal,” he answered. “But I have to say, we have a really great management group. There are a lot of really experienced people who run fairly good-sized enterprises themselves. And we have younger people who are coming along and are gaining skills. So I think we have a really good roadmap for running this.”

How they’re bringing the new locations aboard

To run the new operation, Ken says they’ve retained the location managers that were with Color Spot. They expanded the territories of their West Coast and Southwest divisional leaders. And he and his son, co-president Matt, are busy filling positions where needed.

“One thing we’ve found is that there are a lot of great people at Color Spot. They seem to be happy and really good about joining us. Morale has been pretty good right now with some of the direction we’ve been providing.”

I asked about the initial reaction of the former Color Spot staff to the new ownership.

“You never know because every company has its own culture, but when we first took over, Matt and I and some of the other managers made a quick circuit through every location and talked to all the employees in group get-togethers—one great thing about that is that Matt is 100% fluent in Spanish, so he was able to communicate bilingually so everybody could understand and participate.

“We had a few main points that we were trying to get across: one is that we are going to be all about quality in our plants and every decision that comes up we are going to make in favor of quality.

“Another thing is that we are going to be totally customer-focused and 100% on making customers satisfied. We’ve always had a position in our company of wanting to say ‘yes’ to our customers. When we get a request from a customer, our first impulse is to say yes, then figure it out. We want to make sure that the bigger company also has that same point of view.

“That seemed to resonate with people, the idea that there’s now a family that cares a lot about plants, cares about the nursery business and has a really long-term view of things. They’ve been through equity owners and bank owners; I think all those people did their best job, but we have a different point of view, a longer point of view.”

Also boosting morale? Raises. Ken noted that wages had been stagnant at Color Spot, so they’re boosting the pay of all the production people by a considerable percentage. He didn’t want me to say how much, but it’s generous.

“We think we can pay more by being inventive and efficient, and growing good plants,” he said.

How they won’t screw up what they’ve already built

“First of all, I beg you, don’t put us on the cover of GrowerTalks,” Ken joked. (I had just pointed out to him that both Color Spot and Hines had been featured as cover stories in the past. He’s been there already—the December 2016 issue, so it’s too late.)

Then he got serious.

“We’re going to concentrate on exactly what I told the employees. If we have really good quality plants and we don’t forget where our bread is buttered—which is our customers—and we do everything to make them happy, and if we keep the morale of our company up as one company, that should be good.”

One other note about those other two vs. Altman: They were bank- or private-equity owned. Altman is still 100% family owned.

After visiting and evaluating all the Color Spot assets they acquired, Ken and Matt have put together the following list of facilities they’ll be running, along with the size of the operation:

Ken says they have three more Texas facilities—Waco, Fort Davis and Walnut Springs—but they’re “mothballed” and will stay closed at this time.

Let hanging succulents hang free on your patio, in your kitchen & living room

Getting into the fall and Halloween spirit succulent-style

A menu loaded with succulents, from small plates to party platters

Celebrating the flowery side of cacti

A ‘Perle’ of All Time Elegance

Introducing fresh (made up) references for cultivar names…